“And anyone who has once known this land can never quite be free from the nostalgia for it”
D.H. Lawrence

“One criticises the English for carrying their teapots wherever they go,
even lugging them up Mount Etna…”
Goethe

It’s the largest active volcano in Europe, at 3329 metres twice the height of Vesuvius, and by golly you’ll be glad you have one of Paolo’s hardy horses to scale it for you.

Etna’s craterous peaks are constantly before you as you ride though the Madonie and Nebrodi national parks, giving you a worthy goal to aim for and a wonderful feeling of accomplishment when, on your last day riding, you finally make it onto the slopes of one of the most iconic natural sites in the world. 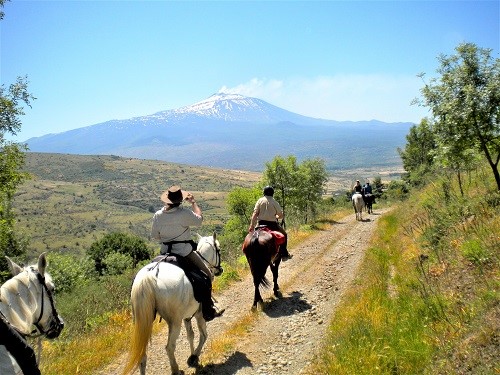 Fascinating Fact: The story goes that the ancient Greek philosopher Empedocles threw himself into the burning crater of Mount Etna, hoping that people would believe (his body having vanished) that he must have become an immortal god. But, according to Diogenes, the volcano had the last laugh when it then spat out one of his bronze sandals.

Sicilians have been breeding horses since the times of the Ancient Greeks, with the island’s fertile volcanic soil providing excellent grazing. Trying to fully explain the evolution of the island’s horse breeds inevitably leads to a potted history of the island’s many invasions, and the different breeds subsequently brought by the Romans, Moors and Normans.

Paolo’s horses are mostly Sicilian Indigenous, a mix of the sturdy Sanfratellano, thought to have descended from Norman battle horses, with infusions of Arab and Andalucian blood. This mixture results in horses that are strong, surefooted, and perfect for riding in the mountains. 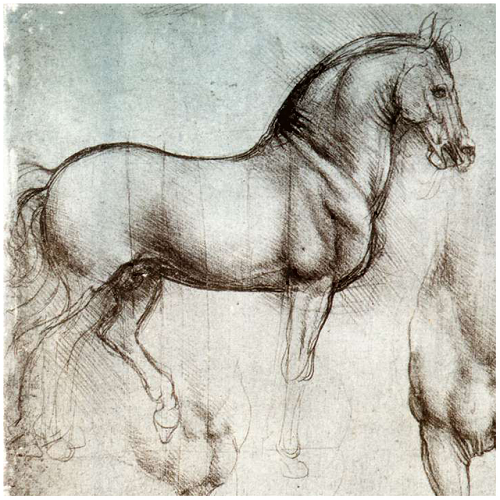 Fascinating Fact: Sicilian breeds have long been admired - Leonardo de Vinci even chose one as a model for his studies on horse proportions (the Ciciliano horse of Galeazzo Sanseverino).

“The climate’s delicate; the air most sweet / Fertile the isle,
the temple much surpassing / The common praise it bears.”
Shakespeare

Like her horses, Sicily’s produce reflects the island’s varied inhabitants - the Greeks brought vines, olives and figs; the Arabs planted dates, lemons and almonds; the Spanish brought tomatoes and oranges, and the Romans reaped vast amounts of grain.

Despite centuries of intensive farming, the Med’s largest island is still home to diverse flora and fauna. The famous Hundred Horse Chestnut on the eastern slopes of Etna is the largest and oldest chestnut tree in the world at somewhere between a staggering 2000 and 4000 years old, and as you ride through the Nebrodi and Madonie National Parks you might spot roe deer and wild boar, the “Little black pigs of the Nebrodi” and if you’re lucky, golden eagles.

Fascinating fact: The island was home to the Sicilian Hippopotamus and the dwarf elephant until around 8000 BC, around the time the first humans arrived.

For generations Sicily has been ruled not by foreign occupation but by arguably the longest standing criminal organisation in the world - of course, the Mafia. You may be surprised not to find a chap in a dark suit and glasses on every street corner, but while the Mafia are undoubtedly still hugely influential, it’s not quite like The Godfather. If you ask nicely Paolo can tell you about the realities of the modern day Cosa Nostra....

The side of the Sicilians you will see, however, is a fiercely independent and traditional society, keen to welcome visitors to the island they are so proud of, and in particular to feed them some of the islands specialities - like the famous, super sweet “cannoli”. 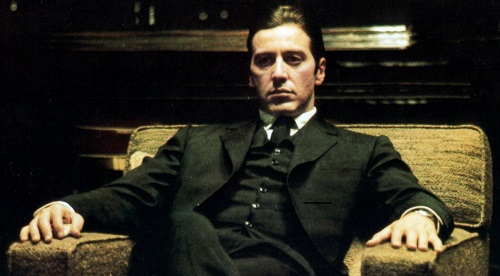 Fascinating fact: Notorious mafia boss Bernardo Provenzano was arrested in 2006, found hiding in a dilapidated farmhouse. He was the world’s most wanted Mafia fugitive, but he had managed to stay on the run for a staggering 42 years - without ever having left Sicily.

Hot Off The Press! Riding in the Okavango Delta - latest flood news 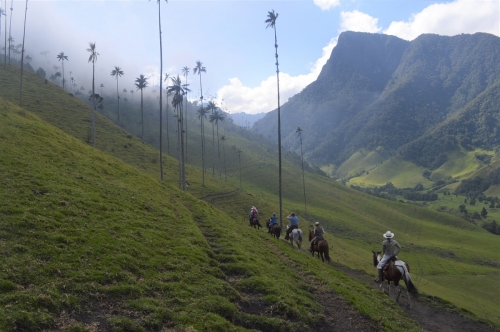 How about riding in Colombia?